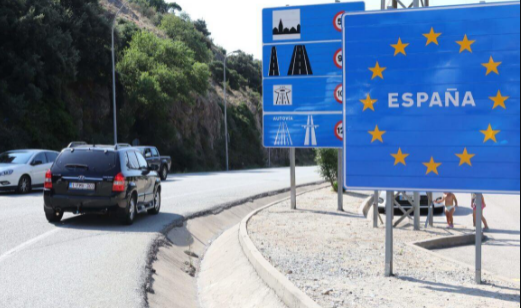 Authorities in Spain have prolonged the imposed restrictions on non-essential trips from countries outside the European Union and the Schengen Zone to May 31 due to the current Coronavirus situation.

Such preventive measures imposed by the country’s government were due to expire on April 30; however, Spain’s State Bulletin (BOE) highlighted that they would be further extended until the end of May, SchengenVisaInfo.com reports.

The decision means that travellers from countries outside the Schengen Area and those from Britain and the United States will not be permitted to make trips for unnecessary purposes to Spain by air, land or sea throughout May.

However, citizens coming from countries in which the infection rates are currently low, such as New Zealand, Australia, Singapore, Rwanda, China, Thailand, and the regions of Hong Kong and Macao, will be permitted to enter Spain, despite the imposed restrictions.

At first, Spain’s list of COVID-19 affected countries was developed on June 30, last year, and since then, it has been updated several times. On January 28, Japan was excluded from the list due to the Coronavirus situation.

Authorities in Spain previously announced that they will be ready to open up to international tourism in June, emphasizing that they are prepared to welcome travellers from America and Britain in order to revive the tourism sector by summer. The announcement was confirmed by Spain’s Tourism Minister Fernando Valdes Verelst in a conference held in Mexico.

In this regard, the UK’s government, on May 17, will announce which areas in Spain will be placed in the country’s “green” list, which includes countries with low infection rates of the Coronavirus pandemic.

Spain’s government’s recent decision will not include Gibraltar, as local authorities have announced that they have vaccinated almost all their population against the Coronavirus disease. Restrictions on unnecessary travel from Gibraltar to Spain were abolished on March 30.

In order to stop the further spread of the Coronavirus, authorities in Spain imposed a ten-day quarantine restriction for all persons arriving from India, as the latter has recently been profoundly affected by the virus.

Last month, the country’s government announced that it was considering lifting the entry restrictions on unnecessary travel from European countries. Simultaneously, authorities in Spain reported that they are seeking to extend the existing restrictions on entry to Spain from territories that are highly affected by the virus.

Spain is the ninth most affected country worldwide from the virus, with a total of  3,540,430 cases registered since the beginning of the pandemic and 78,293 deaths.