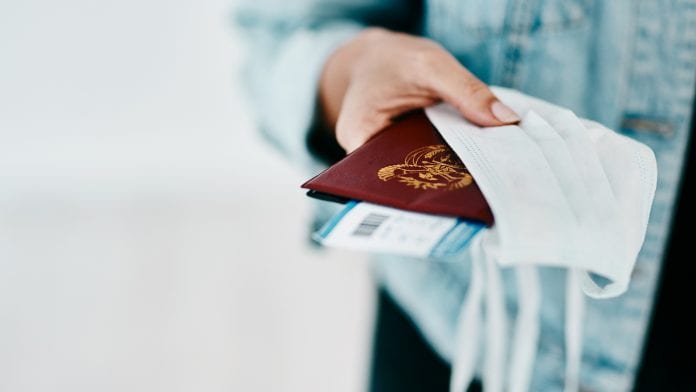 The first study to assess the global impact of international travel restrictions on the COVID-19 pandemic has suggested that they may only be effective at controlling the spread of the virus if they are applied in a targeted way.

The new study is the first to look at the global impact of travel restrictions and suggests that they are effective in countries with low numbers of COVID-19 cases, or that have strong travel links with countries that have high rates of infection.

It also suggests that travel restrictions can be effective in countries close to a tipping point for exponential growth but not in those where it is already spreading rapidly among the population.

The study has been conducted by researchers from the London School of Hygiene and Tropical Medicine and the University of Hong Kong, and has been published in The Lancet Public Health.

The impact of travel restrictions

After looking at detailed flight data comparing the number of COVID-19 cases arriving from international flights (with the assumption of no travel restrictions) with the number of infections arising from transmission within countries, the authors produced estimates of international travellers in May and September 2020 based on two scenarios.

The first scenario used flight data for the same months in 2019 the second scenario was based on the expected reduction in passenger numbers.

Professor Mark Jit from the London School of Hygiene and Tropical Medicine, who led the study, said: “We recognise that these measures carry a high economic and social cost, so it’s important that governments use travel restrictions in a targeted way. Before introducing restrictions, they should take into account local infection figures, epidemic growth rates, and the volume of travellers arriving from countries heavily-affected by the virus.”

These findings from the study indicate that international travel restrictions were most effective at limiting local transmission of the virus during earlier stages of the pandemic because imported cases led to outbreaks in countries with very few – or no – existing cases.

The authors conclude that countries must consider local infection figures and epidemic growth rates before applying travel recommendations, as well as the volume of travellers arriving from countries heavily-affected by COVID-19. For instance, in September 2020, the measures would be effective in New Zealand and China because the virus had been supressed to such low levels in both countries that the expected number of imported cases is similar to the local rate, meaning arrivals could trigger a new local wave of infections.

They also noted that they assessed only international flight data, meaning their analysis may not accurately capture the risk of COVID-19 spreading between countries with high volumes of land traffic.

Have you thought about opening a branch office of your company in the United States?  With such a sprawling and vast country, you need not stop at one branch office.  Find out how easy this can be at #topcompanyformation.com