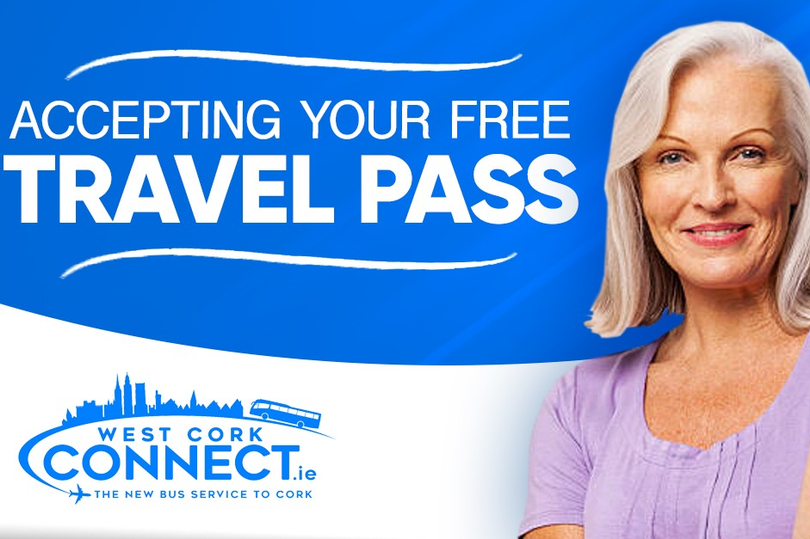 Great news for travel pass holders today as the new bus service connecting West Cork and the city have announced that they will be accepting the passes when they launch next month.

As CorkBeo previously revealed, West Cork Connect, run by the established Dave Long Travel, has received a license to run a seven-day-a-week service from Skibbereen into the city.

The service will start in December of this year and tickets will cost €19 for an adult return – this will drop you at the same spot the Aircoach and Citylink do.

This new service promises to be 40% cheaper than Bus Eireann’s route and will be followed by a Bantry to Cork City service in January 2020.

Their first bus each day will arrive in town 15 minutes before the Aircoach leaves which could be invaluable for West Cork people heading to Dublin Airport.

Damien Long said: “So yesterday we received a route licence from the National Transport Authority to run a service from West Cork to Cork City 7 days a week. This is the first time ever that a private operator in West Cork has being awarded a licence to run a service against the state funded Bus Eireann.

“Our new service will be called West Cork Connect and we are hoping to have this service up and running for the first week of December this year. We will be launching our new website in the next few weeks and this will have all the full timetable and prices on it.

“Just to give people an idea the first bus will leave Skibbereen at 6.15am and it will cost €19 for a return adult ticket to cork city. The cost of the same ticket with Bus Eireann is €32 for the return ticket.

“Our Bantry to Cork service will start in January 2020. Our drop off point in Cork City is right beside the Air Coach and City link service to Dublin and Limerick.

A Global Market For Your Photos. To know more >> Theinternationalcampaigner.com

The Best Option For Getting Quality Positive Reviews For Your Business.

Ways For Social Media Influencers To Make Some Money.[

With TOP You Can Find Expert Service For Press Release Distribution.

How Advertisers Can Get More Out Of A Site With TOP.