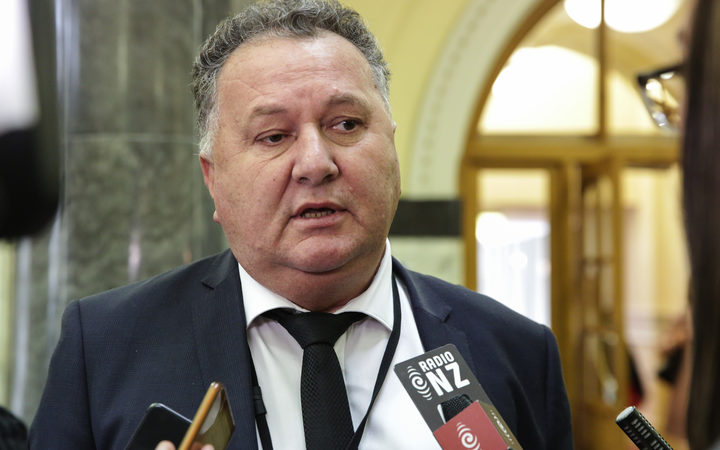 NZ First MP Shane Jones has said people dissatisfied with the tougher partnership visa rules should get on a plane home if they’re not happy.

One man is doing exactly that – after his wife was declined a visa following their arranged marriage in India.

He has NZ residency but says he can’t wait for a review of his wife’s case after taking months to get this far.

But the man – who asked not to be named – says the government now needs to be clear about whether it’s going to re-open the cases of those in arranged marriages who have also been declined visas in the clampdown.

“So in one calendar year I’ve taken 10 weeks and then we’ve applied in April and after waiting for six months, and pretty much asking them on a daily basis, they’ve finally assigned the case officer in October and declined it right away after an interview call within an hour or two, saying that we haven’t lived together.”

The man, who says he has a PhD from the University of Canterbury, told Checkpoint he and his partner were arranged to be married.

“The new rules say that the applicant should be living with their partner at the time of assessment, and they should have at least spent three to four months living together, so before marriage, the Indian tradition and culture is that you don’t get to live together with your partner before you get married.

“We only live together when we do get married. So I got married on 21st of January and since then we’ve lived together for six weeks.”

“I sent an email to the Immigration Minister and I got a reply saying ‘this is a policy issue from Immigration NZ so if you have any questions just write a complaint immigration NZ’.”

He says he talked to a lawyer, who advised going back to India and refiling at some point.

“So, what I’m trying to do now is I’ve got hold from my employment, I’ve asked for an extended annual leave for six months, I’ve dissolved my tenancy agreement in New Zealand and I’m vacating my stuff, I’m going back to India on the Sunday.”

He says it was a good start that Prime Minister Jacinda Ardern was calling for the tough rule to be reversed, but said: “I don’t think it’s quite there yet, because there is no guidance on what happens to the mass rejections that were given out in October.

“I know of 300 applications that were rejected based on the same criteria that I have. So we’re still in limbo. I don’t know what to do, what my future entails.”

“At the end of the day I want to live with my partner, regardless of me being in New Zealand or India.

“I can’t wait for another eight months… What we want from the government now is a clear answer.”

It was after people spoke out about the tougher stance on both the parental category visa and partnership visa that senior NZ First MP Shane Jones lashed out at the Indian community.

He told them to “catch the next flight home” if they didn’t like the country’s immigration policy.

NZ First leader Winston Peters has continued to claim credit for the initial changes, but the Minister of Immigration, Iain Lees-Galloway, has insisted no government directive was given.

Ms Ardern said Immigration New Zealand “carte blanche of their own backs made changes – our expectation is that we return to the way we were operating prior to the changes that were made”.

She said it wasn’t a decision made by any minister – in direct contrast to Mr Peters’ claims New Zealand First influenced the decision and Immigration New Zealand, saying the change was made in line with government policy.

The Court of Appeal has overturned a High Court finding that applicants for Irish citizenship must have “unbroken” residence here in the year before they apply.

How to Attract Foreign Direct Investments (FDI) In a Country?

What You Need to Know About Online Reputation Management (ORM).

The significance of influencer marketing.

3 Reasons Why Your Photography Needs To Be With TOP.

Get Expert Help With Press Release Services Through TOP.

4 Reasons All Freelancers Should Be Working With TOP.