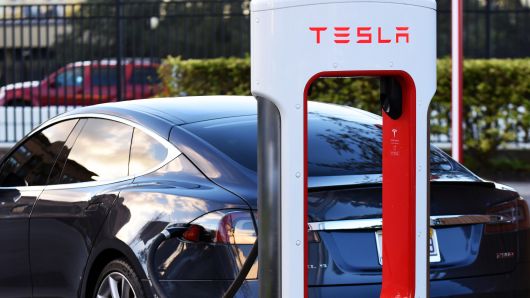 Tesla brings back its referral program, sort of

Tesla is bringing back its once popular referral program in a new form just months after killing it, the company said.

But the program will be different from its previous incarnation, which Tesla said was too costly to keep up.

For every customer a Tesla owner refers, the company will give both people 1,000 miles of free use of its Supercharger charging network and will enter the referrer into drawings for a special edition of the Model Y crossover monthly and second generation Tesla Roadster quarterly, each signed by Tesla CEO Elon Musk and Chief Designer Franz Von Holshauzen.

“While our previous Referral Program was very successful, it came with significant costs, and ending the program last year allowed us to pass those savings along to customers,” Tesla said in a blog post Thursday night. “We’ve since restructured the program to save the company money while also offering rewards that are super exclusive.”

The program is not quite as fat with incentives as its forebears. The previous version of the program gave owners six months of free Supercharging with the purchase of a Model X SUV, Model S sedan or Model 3 midsize sedan.

The previous program also gave referrers a chance to win a variety of awards, including having a photo launched into space, new wheels, priority access to software updates and vehicles.

An even earlier version of the program offered some buyers free unlimited Supercharging. The new program gives those participants in the program a two chances to win a new vehicles in each period.