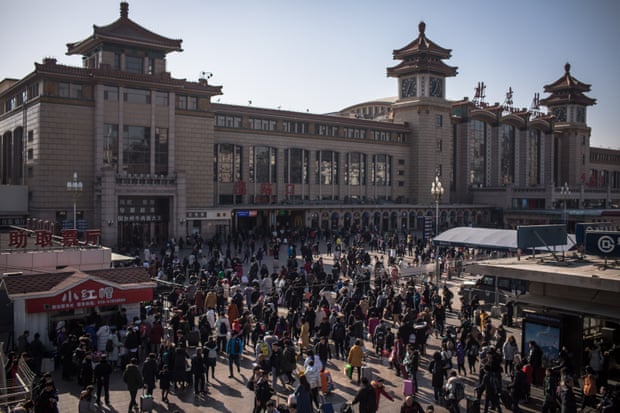 China has blocked millions of “discredited” travellers from buying plane or train tickets as part of the country’s controversial “social credit” system aimed at improving the behaviour of citizens.

The social credit system aims to incentivise “trustworthy” behaviour through penalties as well as rewards. According to a government document about the system dating from 2014, the aim is to “allow the trustworthy to roam everywhere under heaven while making it hard for the discredited to take a single step.”

Social credit offences range from not paying individual taxes or fines to spreading false information and taking drugs. More minor violations include using expired tickets, smoking on a train or not walking a dog on a leash.

Local governments and agencies have been piloting aspects of the system, which will eventually give every Chinese citizen a personalised score. Critics saidauthorities in China were using technology and big data to create an Orwellian state of mass surveillance and control.

Authorities have previously used blacklists to limit the travel of some citizens, but the social credit system appears to have expanded the practice. China’s supreme court said in 2017 that 6.15 million citizens had been barred from taking flights because of social credit offences.

Last year, China’s National Development and Reform Commission said it would begin banning people on public transport for up to a year. The recent report also said 128 people were prevented from leaving China because of unpaid taxes.

According to the report, other penalties for individuals include being barred from buying insurance, real estate or investment products. Companies on the blacklist are banned from bidding on projects or issuing corporate bonds.

A video of a train passenger who refused to give up a seat another passenger had reserved went viral last year, sparking a debate over whether the current system of banning such travellers was harsh enough.

Officials believe the system is working. The report said 3.5 million people or companies paid taxes or debts they owed because of the social credit system.