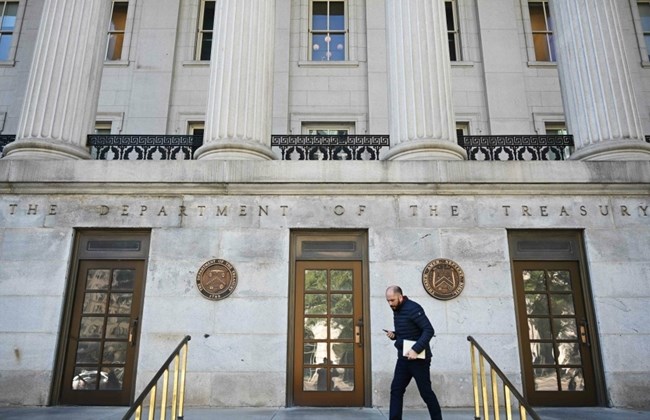 Uncle Sam has to find a way to shovel more than $100 billion in cash out the door by the end of this week. That’s when the U.S. Treasury has to reduce its cash balance to about $199 billion in order to comply with rules surrounding the reinstatement of the debt ceiling. The cap is set to go back into effect at the end of this Friday and at that point the cash balance should be at or below the level it was at when the current suspension went into effect in February 2018.

The Treasury’s cash hoard ended last week at around $312 billion, leaving around $113 billion to reach its target. The repayment of a $50 billion cash-management bill that matures this Friday will take care of some of the gap, but that still leaves some $63 billion to be reduced by other means.

Tax refunds are one way that the government can typically whittle down its cash pile at this time of year, but they’ve been running at a sluggish pace. The total amount of refund payouts through Feb. 15 was down roughly 39 percent from the same period last year, Internal Revenue Service data showed.

The daily pattern of tax refunds has deviated “sharply” from recent years, and while the gap may close somewhat in the days ahead, “there is a lot of uncertainty” over the issue, according to a note Monday from Wrightson ICAP economist Lou Crandall. “That, unfortunately, leaves us very much in the dark about the Treasury’s financing needs between now and the debt ceiling reset date this Friday.”

Crandall had expected some clarity on the outlook for tax refunds last week, since the number of refunds issued and the average refund check both peaked around the same time in 2017 and 2018. Last week, he estimated that the pace of refunds could peak on Feb. 20 and Feb. 21. But the cash balance only fell by less than $20 billion over those two days.

If refunds in the coming days aren’t big enough to close the gap, the Treasury might have to do some accounting gymnastics to hit its target. That could take the form of an additional cash-management bill.

And that may just be the start of the government’s issues with the debt ceiling. Once the limit comes back into effect, Treasury Secretary Steven Mnuchin will likely resort – as he has in the past – to a series of extraordinary funding measures to keep the cash spigot open as long as possible.

That could keep the government paying its bills until around August, according to some analysts’ estimates. Certainly, that’s where some distortion appears to be occurring in the bills curve. Securities maturing around the end of August already yielding more than those due in September, potentially a sign of investor agitation about that period. At this stage though, it’s anyone’s guess as to exactly when the money might run out.