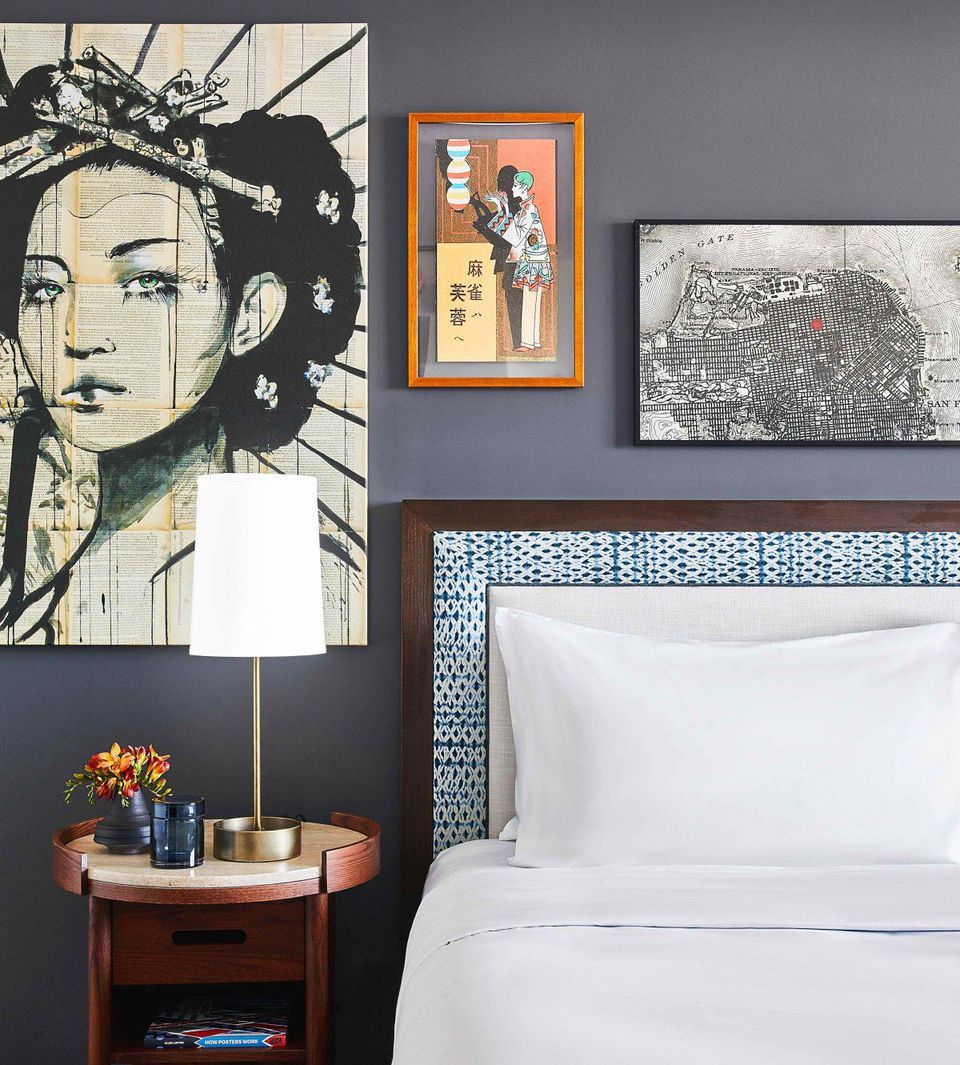 One of San Francisco’s hippest boutique hotels, Hotel Kabuki, recently unveiled the second phase of its expansive, two-year $32 million renovation. Located in the heart of the city’s Japantown, the hotel is known for its blend of boho elements and contemporary Japanese design. The hotel’s interiors showcase the shou sugi ban technique—traditionally used to fireproof old Japanese houses by burning or charring wood, producing a lived-in, warm effect.

The recent renovations have added some new elements worth highlighting, including a long-anticipated lobby bar serving Japanese-influenced cocktails and bites, as well an impressive selection of Japanese whiskeys.

Below are some key highlights of Kabuki’s new look are some highlights: 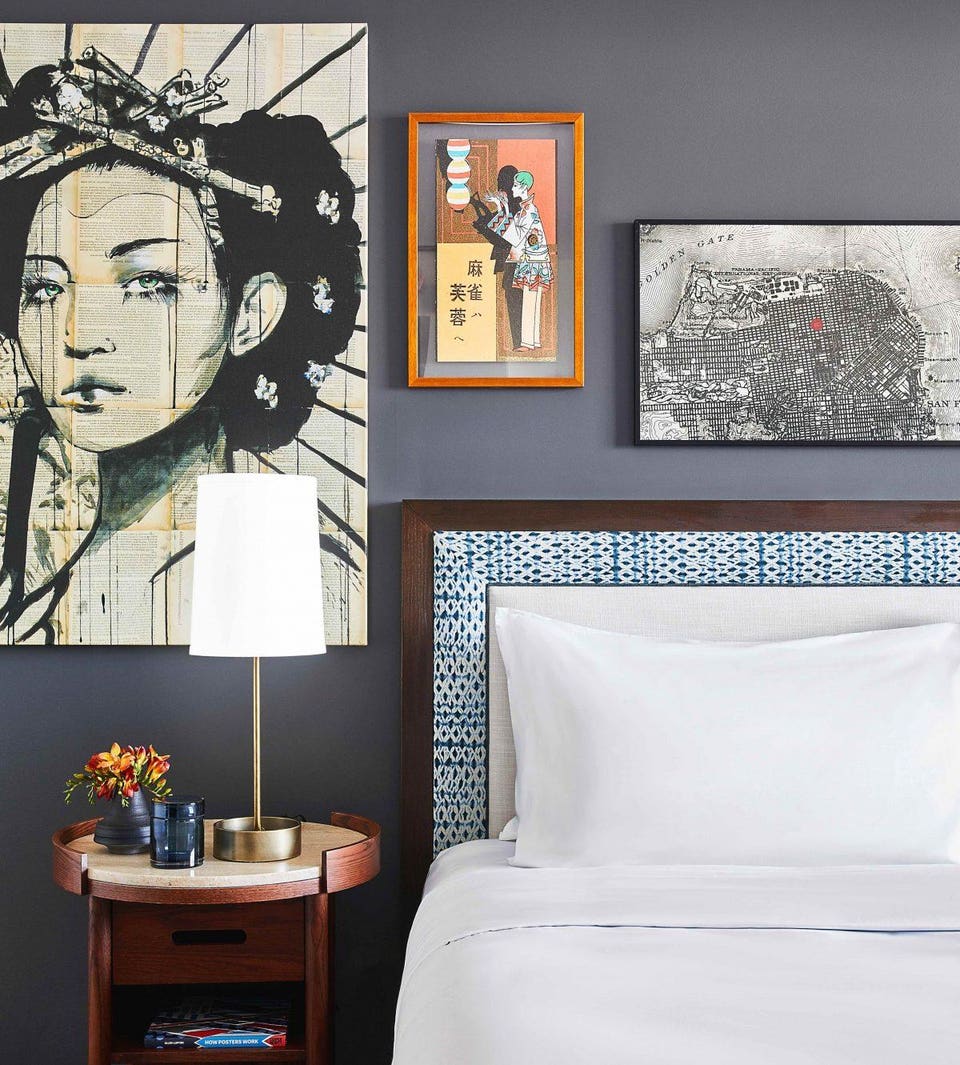 Guestrooms (225 in total) feature custom furniture and lighting, accent walls, stitched leather furniture, and shibori-crafted cloths on the bed headboards, and custom wall coverings from vintage black-and-white Japanese newsprints. The small touches really stand out, but it’s the art walls that tie the rooms together: a mix of modern and traditional Japanese art and calligraphy. Some of the hotel’s newly renovated garden suites (which overlook the hotel’s new zen garden) feature custom doors, painted by local muralists to evoke Japanese graphic design of the 1920s and ’30s.

The art program has also been extended to include custom murals by San Francisco-based artists Yukako Ezoe and Naoki Onodera of Bahama Kangaroo, which include a playful Godzilla and a collection of murals in the hotel’s hallways inspired from retro matchboxes from the Japanese Meiji period. 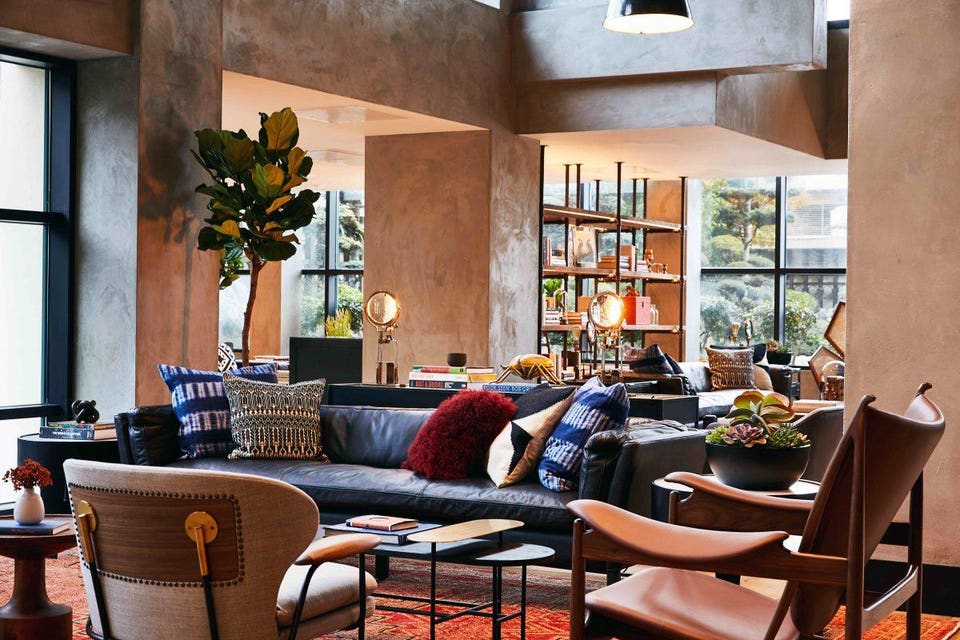 The hotel’s new zen garden is a joy to stroll through. It has a pagoda, koi pond, and lounge leading from the lobby bar with a firepit. Guests can relax by the fire with a cocktail and are encouraged to make use of the hotel’s portable meditation stations to unwind.

Meanwhile, the lobby and lounge have been given a facelift. As with most modern boutique hotels, the idea here was to create a space that feels more like a comfortable (albeit well-appointed) living room. The bright, open space houses comfortable couches and chairs, a library and games area, industrial floor lamps—and a giant, stuffed (fake?) bear. 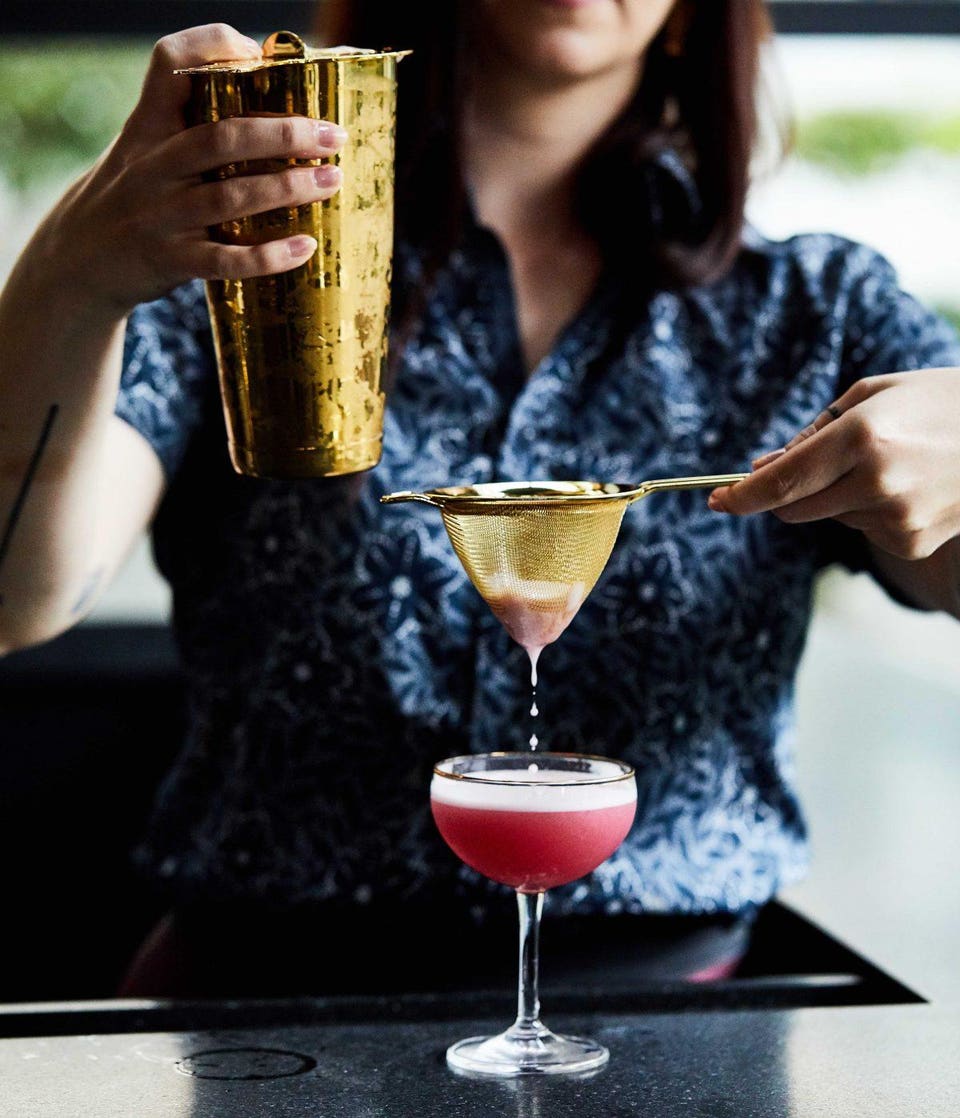 Downstairs, the new gym and fitness area measures 3,000 square feet and features a yoga studio, meditation station, a wonderful view of the garden, Saje essential oils, earplugs, as well as iPads loaded with meditation aids and music. The hotel has also gone to great lengths to schedule specific programming for guests, including guided zen meditations, yoga classes, and private training sessions. World champion boxer Luke Campbell also worked with the hotel to create a “hand-eye coordination” program, which is offered twice a week and includes a series of exercises that are designed to improve reaction time, speed and depth-perception.

Finally, the hotel’s new lobby bar is a standout. Beverage director Stephanie Ann Wheeler (previously of famed cocktail bar Hojoko at The Verb Hotel in Boston and Three Dots and a Dash in Chicago), has created an inspired spirits menu that emphasizes Japanese whiskey, sake, and beer. Everything is served in traditional Japanese barware and there’s even a dedicated ice program (the Japanese are serious about their bar ice).  Aperitif hour is Kabuki’s version of happy hour and includes bitters, teas, and liqueurs. The cocktails are a delight, using fresh herbs, tea, gold leaf, and honeycomb. The menu is more bar-bites than full courses, but pairs delightfully with one (or two, or three) cocktails: try the fire-charred Shishito peppers with avocado cream, the pan-fried tofu, the Karaage chicken with soy and ginger and the chicken katsu sliders with katsu sauce.